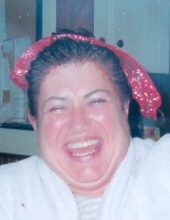 Linda G. Keener, 63, formerly of Manheim, died on Monday, December 14, 2015 at Hospice and Community Care, Mount Joy. Born in Lancaster, she was the daughter of the late Harold and Hilda Groff Wenger. Linda was the wife of the late Richard L. Keener Sr. who died in 2007.

Those desiring may send contributions in Linda’s memory to www.gofundme.com/lindakeener to help pay for funeral costs.
To order memorial trees or send flowers to the family in memory of Linda G. Keener, please visit our flower store.