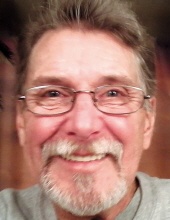 Larry Richard Miller, 68, of Salunga, died Friday, June 1, 2018 at Hospice & Community Care, Mount Joy, after a year-long battle with cancer. Born in Lancaster, he was the son of the late Richard M. and Pauline (Good) Miller. He was a graduate of Hempfield High School class of 1968, and was a pipe fitter for Herr & Sacco of Manheim for 30 years before retiring in 2016. Larry was a member of the Vagabond Rod & Custom Club of Lancaster, and he was the proud owner of a 1970 Chevy Nova Super Sport. He also enjoyed fishing and going to the mountains with his friends.

Surviving is a son Jonathan M. Miller, and a brother Terry husband of Kathryn (Hamor) Miller, all of Manheim.

Services will be private and at the convenience of the family.
To order memorial trees or send flowers to the family in memory of Larry Richard Miller, please visit our flower store.