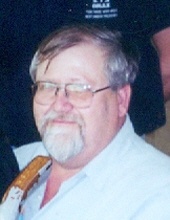 Larry A. Erdman, 62, of Manheim, died on Tuesday, January 13, 2015 at the Lancaster General Hospital. Born in Lancaster, he was the son of the late Roy A. and Blanche Kimmel Erdman. Larry was the loving husband of Theresa A. Fox Erdman and they would have observed their 42nd wedding anniversary in April of this year. Larry was a fur buyer, and was the owner and operator of Erdman Furs since 1973. Throughout his life Larry spent much of his time outdoors and treasured the time he could hunt and fish. In his early years he was a passionate softball player and participated in the Manheim Area Community leagues for many years.

Surviving in addition to his wife, is a stepson, Steven S. husband of Connie Greiner of Palmyra, four step grandchildren, one step great granddaughter, a brother, Roy A. Erdman of Chester Springs, and a sister, Beverly J. wife of Robert W. Lawrence of Newark, DE. Preceding him in death were two step-sons: Robbie and Michael Greiner.

Relatives and friends are respectfully invited to attend his memorial service at the Chiques Church of the Brethren, 4045 Sunnyside Road, Manheim, on Saturday, February 14, 2015 at 12:00 Noon. Friends may visit with the family at the church on Saturday from 11:00 AM until the time of the service.

Interment will be private and at the convenience of the family.
To order memorial trees or send flowers to the family in memory of Larry A. Erdman, please visit our flower store.