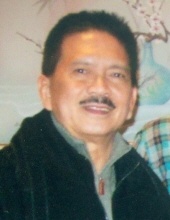 Kennedy T. “Toan” Vo, 56, of Lancaster died unexpectedly at home on Saturday, February 14, 2015. Born in Vietnam, he was the son of the late The Van Vo and Ngan Luu Vo.
He was the husband of Trinh Do of Lancaster. Toan worked at Doodad Printing, Leola.
Surviving in addition to his wife are seven children, four grandchildren, three brothers and three sisters.
Funeral ceremony will be held at the Buch Funeral Home, 21 Market Square, Manheim on Wednesday, February 18, 2015 from 8:30 AM – 10:15 AM. There will be a public viewing at the funeral home on Tuesday (Today) from 6:00 PM – 8:00 PM.
To order memorial trees or send flowers to the family in memory of Kennedy T. "Toan" Vo, please visit our flower store.