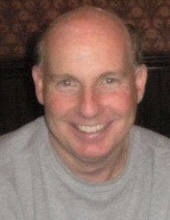 Joseph G. “Joe” Henderson, 63, of Manheim passed away peacefully at home on Wednesday, October 2, 2019. Born in Philadelphia, he was the son of the late Elmer B. and Mabel Hildesheim Henderson. He was the loving husband of Karen Catalano Henderson and they celebrated their 37th wedding anniversary in April. Joe was a manager for 13 years for Snavely & Dosch, Inc, Lancaster. He graduated from Penn State University where he received and Associates Degree in Electrical Engineering. Joe was a PIAA official for both basketball and baseball in the Lancaster and Lebanon Counties. He faithfully volunteered 41 years as a fire policeman for the Hope Fire Company of Manheim.

Surviving in addition to his wife are two children, Joe Jr. husband of Jami Henderson of Greensboro, NC and Lisa Henderson of Manheim, a sister, Joan wife of Ed Burrell of Southampton and a niece, Lauren Burrell.

Relatives and friends are respectfully invited to attend his funeral service at St. Richard Catholic Church, 110 North Oak Street, Manheim on Tuesday, October 8, 2019 at 11:00 AM. There will be a viewing at the Buch Funeral Home, 21 Market Square, Manheim on Monday evening from 6:00 PM – 8:00 PM and again at the church on Tuesday morning from 10:00 AM until the time of service. Interment in Manheim Fairview Cemetery, Penn Township. In lieu of flowers, those desiring may send contributions in Joe’s memory to Ann B. Barshinger Cancer Institute, 2102 Harrisburg Pike, Lancaster, PA 17601 or PA Prostate Cancer Coalition, 36 Wickerberry Lane, Palmyra, PA 17078 (www.paprostatecancer.org)
To order memorial trees or send flowers to the family in memory of Joseph G. "Joe" Henderson, please visit our flower store.