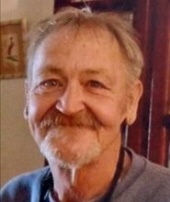 John T. Evans, 63, of Lititz, died peacefully following a brief illness on Saturday August 25, 2012 at the Lancaster General Hospital. Born in Hillsboro, Ohio, he was the son of the late John H. and Dorothy M. Savage Evans. John worked as a machine operator for Woodstream Corporation in Lititz. He was the loving husband of Susan N. Snavely Evans and they observed their 38th wedding anniversary this month. John was an active and faithful member of the Lancaster Moravian Church where he served as an elder at the church and volunteered on many committees. He served in the US Air Force during the Vietnam War. John graduated from Fayetteville High School; and in his early years was a member of St. Patrick's Roman Catholic Church both of Fayetteville, Ohio. He enjoyed traveling to Hawaii, Alaska, Canada, North Carolina, and many of the states throughout the United States. John was a self taught artist creatively working in a variety of media: oils, marker, charcoal, and acrylic. He was an avid fisherman, and enjoyed: aquariums, target shooting, and spending time in the mountains, and the beach. Surviving in addition to his wife, is a brother, Raymond W. husband of Julie Evans of Georgetown, Ohio, a sister, Kathy W. Webster, of Indianapolis, Indiana, three nieces: Catherine wife of Jason Minnerly, Stephanie Snavely, Teresa Evans wife of John Moore, a nephew, Chad Evans, and two great nieces: Kaylie and Cara Minnerly. Preceding him in death is a brother, Francis B. Evans. Relatives and friends are respectfully invited to attend his memorial service at the Lancaster Moravian Church, 1460 Eden Road Lancaster, on Thursday August 30, 2012 at 11:00 AM. Interment will be private and at the convenience of the family. Friends may visit with the family at the church on Thursday morning from 10:00AM until the time of service. In lieu of flowers, contributions can be made in John's memory to: Lancaster Moravian Church, 1460 Eden Road Lancaster, PA 17601.
To order memorial trees or send flowers to the family in memory of John T. Evans, please visit our flower store.