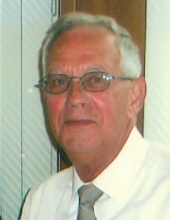 John G. Roth Jr., 84, of Manheim, died peacefully on Monday, November 23, 2015 at Masonic Village at Elizabethtown. Born in Mount Joy, he was the son of the late John G. Sr., and Hazel Webb Roth. John was the loving husband of Lois A. Corbett Roth and they observed their 63rd wedding anniversary in July of this year. For many years John worked as a Maintenance Forman for the Fuller Company, Manheim. He served in the U.S. Air Force during the Korean War. John had a passion for hunting and enjoyed traveling to the cabin in Tioga County; in his younger days he loved working on cars.

Surviving in addition to his wife Lois, is a son, Michael E. husband of Marnetta Roth of Mount Joy, a daughter, Peggy J. wife of Jeffrey L. Buckwalter of Manheim, daughter-in-law, Sheree Roth of Elizabethtown, 9 grandchildren, 17 great grandchildren, a brother, Robert husband of Shirley Roth of Elizabethtown, and a sister, Jeanine wife of Glenn Stoner of Palmyra. Preceding him in death is a son, James Roth, and a brother, Kenneth Roth.

Private services will be held at the convenience of the family. Interment will be in Manheim Fairview Cemetery, Penn Township.
To order memorial trees or send flowers to the family in memory of John G. Roth Jr., please visit our flower store.