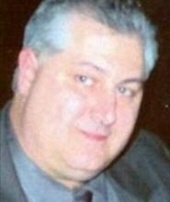 Joel A. Pugliese, 54, formerly of Lancaster, died peacefully surrounded by his family on Thursday, June 10, 2010 at his home in Hialeah, Fl.

Born in Lancaster, he was the son of Louise Allwein Pugliese of Lancaster, and the late Anthony Pugliese. Joel worked for Armstrong World Industries, Lancaster, in his early years, recently he was employed by Floor and Decor Outlets of America in Hialeah. He was the husband of Barbara Brioso.

Surviving in addition to his wife and mother, are four sisters: Ann Pugliese of Lancaster, Mariangela wife of George Himmelright of York, Rosemary wife of Todd Hoagey of Rochester, N.Y., Jane wife of James Murphy of Lancaster, a step son, Gabriel husband of Veronica Delgado Perez of Hialeah, Fl., and several nieces and nephews.
Relatives and friends are respectfully invited to attend a Mass of Christian Burial from the Sacred Heart of Jesus Church, 558 West Walnut Street, Lancaster, on Friday, June 18, 2010 at 11:00 AM with the Reverend Arokia Swamy Samson as celebrant. Interment will be private and at the convenience of the family in St. Anthony Catholic Cemetery, Lancaster. Friends may visit with the family at the church on Friday morning from 9:30 AM until the time of service.

In lieu of flowers, memorial contributions may be sent in Joels memory to the American Cancer Society 314 Good Drive, Lancaster, PA 17603.
To order memorial trees or send flowers to the family in memory of Joel A. Pugliese, please visit our flower store.