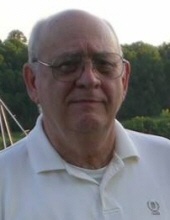 Jerome L. Peters, 78, of Manheim and formerly of Lititz passed away on Saturday, November 3, 2018 at Lancaster General Hospital. Born in Lancaster, he was the son of the late Abhram N. and Elsie Holland Peters. He was the loving husband of Debera A. Trimble Peters and they would have celebrated their 55th wedding anniversary this December. A tool & die maker, Jerome was co-owner of the former Park Hill Machine, Lancaster. He proudly served in the United States Air Force. Jerome was a member of the former Penn-Elm Lions Club and he served as past president of the Penryn Fire Company. For several years, he also served on the Elizabeth Township Zoning Hearing Board. Jerome enjoyed woodworking, playing cards and he was involved in several card clubs.

Surviving in addition to his wife are two daughters, Jeri wife of Shannon Martin of Penryn, Vicki wife of Jay Sensenig Jr. of Mount Joy, five grandchildren, six great grandchildren and two brothers, John Peters of Lancaster and Harry Peters of Willow Street. He was preceded in death by a sister, Patricia Betz and a brother, Norval Peters.

Funeral services are private and at the convenience of the family. Interment in Indiantown Gap National Cemetery. In lieu of flowers, those desiring may send contributions in Jerome’s memory to the Penryn Fire Company, P.O. Box 163, Penryn, PA 17564. To send the family on-line condolences, please visit: www.BuchFuneral.com
To order memorial trees or send flowers to the family in memory of Jerome L. Peters, please visit our flower store.