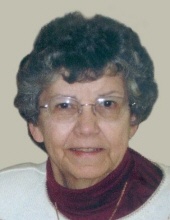 Jean A. Silvius, 80, of Elizabethtown, and formerly of Manheim, died on Friday, March 6, 2015 at Lancaster General Hospital following a brief illness. Born in Lancaster County on October 11, 1934, she was the daughter of the late Abram Keener and the late Kathryn Shaub Hess. Jean was the loving wife of James R. Silvius and they observed their 60th wedding anniversary in February.

In her early years, Jean worked as a typist for Western Union and then went to Armstrong Cork Co. in Lancaster as a secretary. Her real passion, however, was writing and in later years she worked for the Quad City Herald in Brewster, WA and the Press Enterprise in Bloomsburg, PA. She also lent her voice to causes she felt important with her many letters to the editor.

While raising her children she had been a Scout leader, Sunday school teacher and Camp Fire Girls leader as well as a political activist in education. She was a voracious reader, active in politics, an avid crafter, and a true patriot. She was named Citizen of the Year in 1982 while living in Brewster, WA. She enjoyed traveling with her husband as his job took them around the US.

She supported various charitable organizations and volunteered with groups such as the Historical Society in Manheim. She was blessed with lifelong friendships and especially loved her monthly meetings at Valentino’s with the “Breakfast Bunch”. She was the eternal optimist and found a way to look at challenges in life with humor. But she was most proud of her family and was a devoted mother and grandmother.

She attended Ruhl’s United Methodist Church in Manheim and was a member of the Order of Eastern Star in West Virginia. Surviving, in addition to her husband, is a daughter, Beth Ann, wife of Dr. David Deitrick of Severna Park, MD and three sons; Dennis R. Silvius of Lancaster, Timothy R. Silvius of Pioneer, CA , James C. Silvius, husband of Jill, of Mountville. She was blessed with 15 grandchildren and 10 great grandchildren. In addition she has two brothers; Neil Keener husband of Stella of New Mexico and Robert F. Hess, Jr., husband of Peg of Maytown.

Relatives and friends are respectfully invited to attend Jean’s funeral service at the Ruhl’s United Methodist Church, 4810 Elizabethtown Road, Manheim, on Friday, March 13, 2015 at 11:00 AM. There will be a viewing at the church on Friday morning from 10:00 AM until the time of the service. Interment will be in Manheim Fairview Cemetery, Penn Township.
Memorial contributions may be sent to Masonic Charities, Gift Planning Office, One Masonic Dr., Elizabethtown, PA 17022.
To order memorial trees or send flowers to the family in memory of Jean A. Silvius, please visit our flower store.