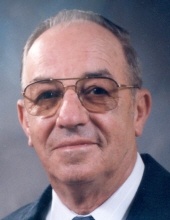 
Jay S. Bell, 91, of Manheim, went home to be with his Lord on Sunday, May 5, 2013 at Hospice and Community Care, Mount Joy. Born in Palmyra, he was the son of the late Samuel and Henrietta Cassell Bell. Jay was the loving husband of Doris Fawber Bell and they would have observed their 71st wedding anniversary on Thursday, May 9th. For over 32 years Jay was a service manager for Manheim area auto dealers; following retirement, he worked for an additional 26 years at the Manheim Auto Auction until he reached the young age of 90. Jay served in the United States Army during World War II; and was a life member of the Manheim American Legion and VFW. He faithfully attended Ruhl’s United Methodist Church, Manheim. His interests included: traveling, hunting, fishing, spending time at the family hunting camp in Perry County, traveling in his motor home, attending Penn State Football Games and visiting Knoebels Amusement Park.

Relatives and friends are respectfully invited to attend his funeral service at the Buch Funeral Home 21 Market Square, Manheim, on Wednesday, May 8, 2013 at 7:30 PM. Interment will be private and at the convenience of the family in Manheim Fairview Cemetery, Penn Township. There will be a public viewing at the funeral home on Wednesday evening from 6:00 PM until the time of the service. In lieu of flowers contributions may be sent in Jay’s memory to the Manheim Food Pantry, 140 North Penn Street, Manheim, PA 17545.

To order memorial trees or send flowers to the family in memory of Jay S. Bell, please visit our flower store.