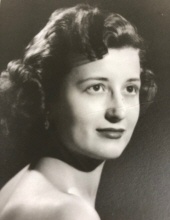 Janet Lee Rathman, 85, of Manheim, passed away at Pleasant View Retirement Community on Friday, August 23, 2019. She was born in Lancaster to the late Russell L. and Jennie M. Brubaker Bull. Janet was the wife of the late Howard B. Rathman who passed away in 2017.

Janet was a member of St. Paul Evangelical Lutheran Church, Penryn; and was the past Treasurer of WELCA and served as past financial secretary of the church.

She graduated from J. P. McCaskey High school in 1951 and from Strayer College in 1952. Janet retired from Core-States Bank (Wells Fargo). She was a charter member of the Manheim Red Rose Lioness Club, and received the Melvin Jones Fellowship Award in 1999 from Lions Club International, as well as the PA Fellow Award in 2000, and was voted Lioness of the Year by the club in 1989, and 1999. She was a member of the Manheim Historical Society and volunteered for 14 years for the Nearly-Nu Thrift Shop in Manheim. Janet enjoyed: gardening, genealogy, antiques, and local historical research.

Per Janet’s wishes there will be no service. Interment will be in Penryn Cemetery. Please omit flowers. Contributions may be sent in Janet’s memory to: St. Jude Children’s Research Hospital, 501 St. Jude Place, Memphis, TN 38105.
To order memorial trees or send flowers to the family in memory of Janet Lee Rathman, please visit our flower store.