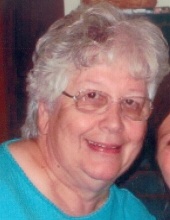 Janet L. Connelly, 79, of Manheim passed away at home on Thursday, March 10, 2016.
Born in Lancaster County, she was the daughter of the late Richard and Arlene Zerbe Schnader. She was the wife of the late Arthur L. Connelly who died in 2005.
She will be lovingly missed by her children, Shirley wife of James Cummings, Terry husband of Trudi Connelly, Craig Connelly, Michael husband of Laurie Connelly and Eric husband of Debra Connelly, six grandchildren, three great grandchildren, a sister, Gladdis wife of Wilbur Leid and four brothers, Gerald husband of Mary Schnader, James Schnader, Jack husband of Eileen Schnader and Joseph Schnader. She was preceded in death by a brother, Dennis Schnader.
Funeral services and interment will be private and at the convenience of the family. Kindly omit flowers. Those desiring may send contributions in Janet’s memory to Hospice & Community Care, P.O. Box 4125, Lancaster, PA 17604-4125 or Ann B. Barshinger Cancer Institute, 2102 Harrisburg Pike, Lancaster, PA 17601.
To order memorial trees or send flowers to the family in memory of Janet L. Connelly, please visit our flower store.