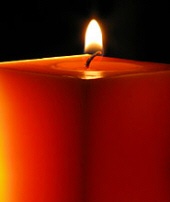 Herbert L. Marti, 95, of Elizabethtown, died Thursday March 28, 2013 at the Masonic Health Care Center, Elizabethtown. He was the husband of the late Marion (Cain) Marti and Dorothy (Cumashot) Marti. Born July 9, 1917 in Canton, Ohio, he was the son of the late William P. and Lois (Lynch) Marti. Herb was a graduate of the former Carnegie Tech in 1936 and retired as a General Superintendent of the American Bridge Company, United States Steel in Ambridge, PA.

Surviving are two sons Duane A. Marti husband of Elizabeth Warne of Sacramento, CA, Thomas Marti of Wenksville, PA; a daughter Suzanne wife of Ed Reichert of Hanover; three grandchildren; four great-grandchildren; two sisters Ruth Maratta of Sewickly, PA, Marilynn Newton of Naples, FL; a brother Donald Marti of Charleston, SC In addition to his wives and parents he was preceded in death by a son David A. Marti, two brothers Rowland and Harold Marti, and two sisters Maxine Domergue and Elaine Marti.

Relatives and friends are respectfully invited to attend his funeral service at the John S. Sell Chapel, Masonic Village, Elizabethtown, PA on Friday April 5, 2013 at 11:00 AM. Interment will be in the Masonic Village Cemetery. There will be a public viewing at the Sell Chapel on Friday from 10:00 A.M. until the time of the service. In lieu of flowers contributions in Herb’s memory may be sent to the charity of one’s choice.
To order memorial trees or send flowers to the family in memory of Herbert L. Marti, please visit our flower store.