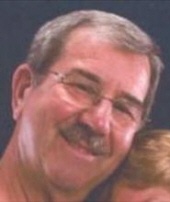 Henry K. Ober, 67, of Mount Joy, died Monday, October 11, 2010 at Hospice of Lancaster County, Mount Joy, after a courageous five-week battle with cancer. He was the husband of Sandra (Sager) Ober of Mount Joy. Born in East Petersburg, he was the son of the late Linn G. and Fern (Kreider) Ober. Henry was a plumber for E.H. Gochnauer & Sons, Inc. of Rohrerstown before retiring. He was a graduate of Manheim Central High School class of 1962, and the Electronic Institute of Harrisburg. He proudly served with the U.S. Army from 1968 1970. Henry attended Hempfield Church of the Brethren. He loved the outdoors, especially his cottage on the Susquehanna River. He also enjoyed salt-water fishing, and family time.
In addition to his wife Sandra, he is survived by a sister Reba H. wife of Lewis Fisher of Manheim, and many nieces and nephews. He was also preceded in death by a brother Linn K. Ober, and a sister Alta O. Haldeman.
Relatives and friends are respectfully invited to attend his funeral service at the Hempfield Church of the Brethren, corner of Stevens St. and Metzler Road in East Petersburg on Friday October 15, 2010 at 11:00 A.M. with Pastor John Layman officiating. Interment with military honors will be in Henry Eberle Cemetery, Mount Joy. There will be a public viewing on Thursday at the Heilig Funeral Home, 21 W. Main St. Mount Joy, from 6:00 P.M. until 8:00 P.M., and also on Friday at Hempfield Church of the Brethren from 10:00 A.M. until the time of the service. In lieu of flowers contributions in Henrys memory may be sent to Hospice of Lancaster County, P.O Box 4125, Lancaster PA 17604-4125. For further information or to send the family a message of condolence you may visit our website at www.heiligfuneral.com
To order memorial trees or send flowers to the family in memory of Henry K. Ober, please visit our flower store.