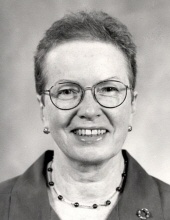 Hedwig "Hedy" Hontz (nee Paegel), 81, of Manheim died quietly of natural causes on Tuesday, July 27, 2021 at Hospice & Community Care, Mount Joy. Born November 6, 1939 in Frankfurt, Germany, she fell in love with a handsome Air Force Airman, the late Kenneth M. Hontz, whom she married and followed back to the United States and many other locations, including Japan and back to Germany. Her interests included reading, gardening, sewing, crocheting, crossword puzzles, cooking; especially meals from her German heritage. She could often be seen walking downtown or taking the bus into Lancaster for appointments or shopping at Central Market. Hedy supported several charities in and around Manheim, including Teen Central and the Food Bank. A full-time house wife and mother, Hedy worked part-time for 19 years at Shaub's Dry Cleaning, Manheim until she retired to care for her husband due to his advanced Parkinson’s' disease.

She is survived by her two children: Kenneth B. husband of Judy Hontz of Roanoke, VA and Erica wife of Jim Hoffman of Manheim, one granddaughter, Ava Hontz, a half-sister, Erika wife of Kostas Fotaras of Rhodes, Greece and their three children.

Relatives and friends are respectfully invited to attend a visitation time with the family at the Buch Funeral Home, 21 Market Square Manheim on Saturday, August 7, 2021 from 9:00 AM – 11:00 AM. Interment will be private at Indiantown Gap National Cemetery. In lieu of flowers, those desiring may send contributions in Hedy’s memory to the American Heart Association, 4250 Crums Mill Road, Suite 100, Harrisburg, PA 17112 or Hospice and Community Care, P.O. Box 4125, Lancaster, Pennsylvania 17604-4125.
To order memorial trees or send flowers to the family in memory of Hedwig "Hedy" Hontz, please visit our flower store.