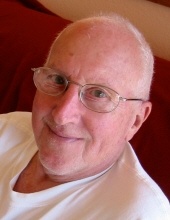 Glenn S. Martin, 84. of Lititz, and formerly of Goodville, died peacefully on Wednesday, November 30, 2016 at Hospice and Community Care, Mount Joy. Born in Goodville, he was the son of the late Luke W. and Bessie E. Shirk Martin. He was the husband of the late Helen Hoover Martin. Throughout his life Glenn worked in the auto industry in sales through the auto parts departments for many local auto dealers. A veteran, he served in the U.S. Army during the Korean War. Glenn was a member of Calvary Church, Lancaster. He was a graduate of the former New Holland High School. Glenn was very active in sports and participated for many years in playing basketball, volleyball, and especially tennis. He had a passion, love, and a soft heart for all animals but especially dogs. People in the community in which Glenn lived marveled how he would know all the names of not only the neighbors but especially their dogs.

Relatives and friends are respectfully invited to attend Glenn’s funeral service at the Buch Funeral Home, 216 South Broad Street, Lititz, on Wednesday, December 7, 2016 at 10:30 AM. Friends may visit with the family at the funeral home on Wednesday morning from 9:30 AM until the time of the service. Interment will be in Goodville Mennonite Cemetery.

In lieu of flowers contributions may be sent in Glenn’s memory to the Hospice and Community Care P.O. Box 4125, Lancaster, PA 17604-4125 or Humane League Of Lancaster County, 2195 Lincoln Highway East, Lancaster, PA 17602.
To order memorial trees or send flowers to the family in memory of Glenn S. Martin, please visit our flower store.