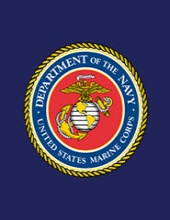 George Sampsel, 88, of Lancaster, died Friday December 27, 2013 at the Hamilton Arms Center, Lancaster. Born in Watsontown, PA, he was the son of the late George T. and Grace (Weaver) Sampsel. He is the husband of Miriam (Ruhl) Sampsel of Elizabethtown. George was a machinist for TRW Corp. of Danville, PA for 35 years before retiring in 1985. George proudly served his country as a Marine during WW II, and was a recipient of 2 Purple Hearts. He was a member of the VFW in Selinsgrove, PA, and enjoyed woodwork and leatherwork.

Surviving in addition to his wife is a half-brother Allen husband of Ruth Sampsel of Milton, PA; and a half-sister Genevieve of Ohio.

Services and interment will be private at the convenience of the family.

To order memorial trees or send flowers to the family in memory of Geroge Sampsel, please visit our flower store.