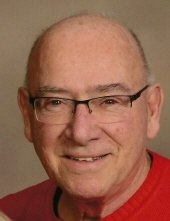 Gerald L. Kneier, of Lancaster, passed away on Tuesday, January 14th 2020, after 73 years of a rich, full life. He was the son of the late William and Dorith (Hanner) Kneier, and was the loving husband of Linda (Geiter) Kneier for 47 years.

Jerry spent his youth adventuring in Lititz before serving a tour of duty in Vietnam. In his adult years, his passions led him in many directions. He loved people, cars, and music. Years of enjoying muscle cars led to a career of 34 years as a salesman with Stadel Motors, where he twice earned trips to Sweden for his internationally recognized talents. He played guitar and sang since his youth, performing as a soloist for weddings, in a local band of friends, and faithfully at Chiques United Methodist Church for more than 30 years.

In retirement, Jerry kept active with music, read extensively, got back into flying after a decades-long hiatus, attended car shows with his Flying V, a Cadillac CTS-V wagon, and enjoyed time with his family and friends, who miss him dearly already. Wherever he went, he could always find a familiar face, and it gave him great joy to catch up with those who crossed his path.

A private committal service will take place in February at Ft. Indiantown Gap. Services will announced at a later date. In lieu of flowers, contributions may be made in Jerry’s memory to Chiques United Methodist Church, or the Scleroderma Research Foundation at srfcure.org.
To order memorial trees or send flowers to the family in memory of Gerald L. Kneier, please visit our flower store.