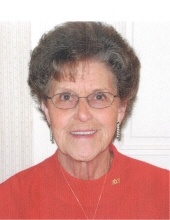 Frances “Nanny” Heisey, 80, of Manheim, passed away on Thursday, April 6, 2017 at Lancaster General Hospital. Born in Pound, Virginia, she was the daughter of the late Thomas J. and Lola Mullins Kennedy. She was the wife of the late LeRoy W. Heisey who died in 2005. In her earlier years, Nanny worked in the cafeteria for the Manheim Central School District, Fairland School and for Enck’s Catering. She was a member of Bethel Baptist Church, Manheim where she served in the nursey, Sunday school teacher and helped with the kitchen committee.
Nanny loved her family and enjoyed spending time with her grandchildren and great grandchildren.

Surviving are four children, Lynne wife of Gary Forry and Tony R. Mullins both of Manheim, Kevin husband of Seivna Johnson of Florida and Connie L. Bollinger companion of Steven Miknis of Mountville; 17 grandchildren, 29 great grandchildren and a brother, Johnnie husband of Janice B. Kennedy of Ashboro, North Carolina. She was preceded in death by two sons, Steven and Joe Mullins, two grandchildren, April L. Zell and Jared Forry, two brothers, Chester and Howard Kennedy and a sister, Patricia Mullins.

Relatives and friends are respectfully invited to attend her funeral service at Bethel Baptist Church, 532 Lebanon Road, Manheim on Wednesday, April 12, 2017 at 11:00 AM. There will be a public viewing from 10:00 AM until the time of service. Interment will be private in Manheim Fairview Cemetery. In lieu of flowers, those desiring may send contributions in Nanny’s memory to Bethel Baptist Church, P.O. Box 233, Manheim, PA 17545.
To order memorial trees or send flowers to the family in memory of Frances "Nanny" Heisey, please visit our flower store.