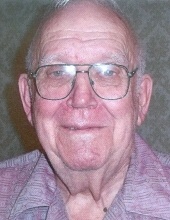 Eugene B. “Gene” Nauman, 86, of Lititz, died Monday, April 13, 2015 at United Zion Retirement Community, Lititz. Born in East Hempfield Township, he was the son of the late Romanus M. and Fanny G. Baker Nauman. Gene worked as an electrician for Brubaker Inc., Lancaster and later for Allen Kreider-Central Manor. He was the loving husband of the late Lois S. Nauman. Gene was a member of Chiques United Methodist Church, Mount Joy where he was a former Trustee. He enjoyed traveling, hunting and going to the family cabin in Huntingdon County.

Relatives and friends are respectfully invited to attend his funeral service at the Chiques United Methodist Church, 1215 East Main Street, Mount Joy on Friday, April 17, 2015 at 11:00 AM. Interment will be in East Fairview Church of the Brethren Cemetery, Rapho Township. There will be a public viewing at the Buch Funeral Home 21 Market Square, Manheim, on Thursday, April 16, 2015 from 6:30 PM until 8:00 PM and also Friday morning at the church from10:00 AM until the time of the service.

If desired, contributions in Gene’s memory may be sent to United Zion Retirement Community, Benevolent Fund, 722 Furnace Hills Pike, Lititz PA 17543.
To order memorial trees or send flowers to the family in memory of Eugene B. "Gene" Nauman, please visit our flower store.