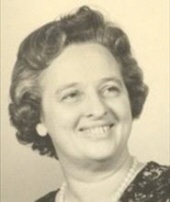 She was the widow of the late Josie W. Rehkugler, who died in 1965. Born in Chambersburg, PA she was the daughter of the late John H. and Irene Horst Lehman. Esther was a homemaker. She was a member of Calvary Church of Lancaster, and also attended Calvary Bible Church of Mount Joy. Esther enjoyed reading her bible, and was involved with Child Evangelism Fellowship and five day clubs.

Surviving is a son Gerald L. husband of Susan Rehkugler of Columbia; two daughters, Vesta Joy Rehkugler of Kansas, MO, Sharon J. wife of Don Hutchisson of Papua, New Guinea; eight grandchildren; eight great grandchildren; and a sister Beulah wife of David Troyer of Greenwood DE. In addition to her husband and parents she was preceded in death by a son John, a granddaughter Lori, a brother, and three sisters.

Relatives and friends are respectfully invited to attend her funeral service at the Heilig Funeral Home, 21 W, Main St, Mount Joy PA on Wednesday April 14, 2010 at 1:00 PM with Pastor David D. Allen officiating. Interment will be in Keener Cemetery, Rapho Twp. There will be a public viewing on Wednesday at the funeral home from 12 noon until the time of the service.