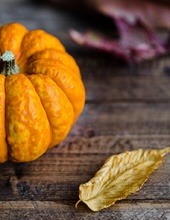 Esther A. Ober, 83, of Manheim, died peacefully, Friday October 6, 2017 at Mt. Hope Nazarene Retirement Community, Manheim. She was the wife of the late Mahlon E. Ober who died in 1991. Born in Palmyra she was the daughter of the late Amos and Grace (Boeshore) Wagner. Esther attended the Mt. Hope Mennonite Church, Mastersonville and was active with the church sewing circle. She also enjoyed going to bingo, word search puzzles, and reading.

Surviving is a daughter Judy A. wife of Donald L. Garloff, Lititz; two sons Carl E. and Roger L. both of Manheim; a grandson Darren L. Garloff; a sister Erla Kettering, McLean VA; and a brother Paul Wagner, Charlotte NC. In addition to her husband and parents she was preceded in death by two sisters Eva Edwards and Edna Rauch.

Relatives and friends are respectfully invited to attend her funeral service at the Buch Funeral Home, 21 Market Square, Manheim on Tuesday, October 10, 2017 at 11:00 AM. Interment will be in Mount Hope Mennonite Cemetery. There will a public viewing on Tuesday at the funeral home from 10:00 am until the time of the service. In lieu of flowers, contributions in Esther’s memory should be sent to Buch Funeral Home, 21 Market Square, Manheim PA 17545, to help defray expenses.
To order memorial trees or send flowers to the family in memory of Esther A. Ober, please visit our flower store.