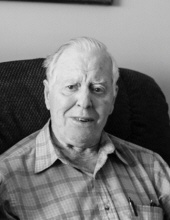 Ervin H. Martin, 84, formerly of East Petersburg, passed away on Tuesday, January 24, 2017 at Lancaster General Hospital. Born in Frogtown, East Earl Township, he was the son of the late Adam H. and Katie Hornberger Martin. He was the loving husband of Dorothy Mae Metzler Martin and they would have celebrated their 63rd wedding anniversary this March. Ervin retired after 32 years as a truck driver for Rohrer’s Quarry, Inc, Lititz. He was a member of East Petersburg Mennonite Church. Ervin was also a member of the East Petersburg Fire Company and Historical Society. He enjoyed gardening.

Relatives and friends are respectfully invited to attend his funeral service at East Petersburg Mennonite Church, 6279 Main Street, East Petersburg on Saturday, January 28, 2017 at 2:30 PM. There will be a public viewing at the Buch Funeral Home, 21 Market Square, Manheim on Friday evening from 6:00 PM – 8:00 PM and again at the church on Saturday afternoon from 1:30 PM until the time of service. Interment in the adjoining church cemetery. In lieu of flowers, those desiring may send contributions in Ervin’s memory to East Petersburg Fire Company, 6076 Pine Street, East Petersburg, PA 17520.
To order memorial trees or send flowers to the family in memory of Ervin H. Martin, please visit our flower store.