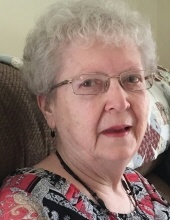 Elaine A. Smith, 78, of York, died peacefully surrounded by her family at her daughter’s home on Wednesday, December 7, 2016. Born in York, she was the daughter of the late, James E. and Loretta E. Lambert Clinch. Elaine was the loving wife of the late Robert H. Smith who died in February of 2016. Elaine and Robert would have celebrated 59 years of marriage on November 30th of this year. For over 25 years Elaine was employed as a bookkeeper for Rutter’s Dairy in York. She was a member of St. Joseph Catholic Church, York. Elaine was a passionate reader and was an enthusiastic fan for the Oakland Raiders football team. In her early years she enjoyed camping, and spending time with the family in Huntingdon County.

Surviving is a daughter, Stephanie A. Meyer and her fiancée Robert S. Phillips of Manheim, two grandchildren, Heather A. Neff wife of Cory Neff of Strasburg, VA, Ryan L. Cruz of Manheim, two great-grandsons, Robert F. and Jacob A. Neff, a sister, Loretta O’Brien of Dover, a sister-in-law, Brenda Barkdoll wife of David, brother-in-law, Richard Smith, both of York, and several nieces and nephews. Preceding her in death is a son Michael R. Smith, and a sister-in-law Delores Smith.

Services will be private and at the convenience of the family.
To order memorial trees or send flowers to the family in memory of Elaine A. Smith, please visit our flower store.