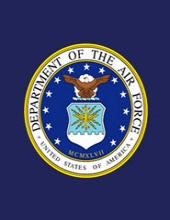 Egon Johann Kern, 78, of Elizabethtown, formerly of Spring City, PA died Monday July 28, 2014 at the Masonic Health Care Center, Elizabethtown. He was the loving husband of V. Justine (Shirey), and they celebrated their 51st wedding anniversary this past March. Born in Neunburg v/wald, Germany he was the son of the late Anton and Catherine (Kasbauer) Kern. Egon retired from the Lanko Trucking Co. of Limerick PA where he was a driver & a machinist. Prior to this he was a store manager for the Boy Scouts of America at the Plymouth Meeting Mall, and previously he was a truck driver for the former Jones Motor Co of Spring City. He was member of St Peter’s Catholic Church of Elizabethtown and was an active member of the Sacred Heart Catholic Church of Royersford. He was a member of the Legion of Mary, and the Spring Ford Jaycees. Egon was community oriented and was a supporter of the youth in the Royersford area, and was a Cub Master for 28 years.

Surviving in addition to his wife are two sons, Paul A. Kern (Gayle) of Spring City, PA, Peter J. Kern (Victoria); five grandchildren; one step granddaughter; a step great-grandson; two step brothers Peter and Walter Kern both of Germany; and a sister Irma Medin of Boston, MA. In addition to his parents he was preceded in death by a sister Antonie Kern, and a step-brother Otto Kern.