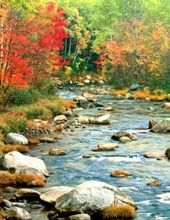 Dorothy Joan Ariosto, 89, formerly of Ocala FL, died peacefully on Thursday October 5, 2017 at Masonic Village, Elizabethtown PA. She was the wife of James J. Ariosto and they would have celebrated 66 years of marriage on 27th of October. Born in Bronx, NY she was the daughter of the late Ralph and Loretta (Keating) Treadwell. Dorothy was mostly a homemaker, but she was employed for a few years by Reader’s Digest, of Pleasantville, NY.