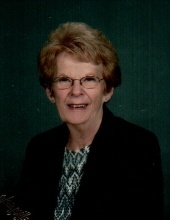 Doris L. Fahnestock, 87, of Manheim, died peacefully at home surrounded by her family on Friday, October 13, 2017. Born in Manheim, she was the daughter of the late Earl H. and Martha B. Helt Diehm. Doris was the loving wife of Luke E. Fahnestock and they observed their 66th wedding anniversary in September of this year. She was a 1949 graduate of Manheim High School and obtained a degree from Lancaster Business School. In 1982 Doris retired from the food service department for the Manheim Central School District where she worked many years in the High School Cafeteria; previously she was employed for Shirk’s Motor Express Company. Throughout her life Doris enjoyed working on the family farm and spending time with her family at their cabin in Potter County. She was a member of Ruhl’s United Methodist Church, Manheim; and volunteered at Moravian Manor. Doris and Luke enjoyed traveling and spending winters in Florida.

Surviving in addition to her husband Luke, is a daughter, Gail E. wife of Brian Huber of Manheim, a son, Gary D. husband of Sharon Fahnestock of Manheim, two grandsons: Matthew husband of Leann Huber, Ryan Huber, two step grandchildren: John and Kayla, and two great grandchildren: Madison and Wyatt Huber. Preceding her in death is a son, David Scott Fahnestock, and a sister, Marian Ginder.

Services will be private and at the convenience of the family. Interment will be in Ruhl’s United Methodist Cemetery. Those desiring may send contributions in Doris’s memory to Ruhl’s United Methodist Church, 4810 Elizabethtown Road, Manheim, PA 17545.
To order memorial trees or send flowers to the family in memory of Doris L. Fahnestock, please visit our flower store.