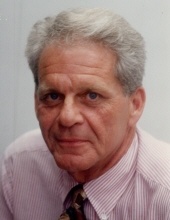 Donald R. Brown, 79, of Lancaster, died on Wednesday, December 18, 2019 at his home. Born in Lancaster, he was the son of the late Richard L. and Anna Bauers Brown. Don proudly served his country in the United States Marine Corps. For many years Don worked in automobile sales; in his early years he worked as a teaching golf professional for a number of country clubs in Pennsylvania. He was a passionate Philadelphia Eagles fan. Don was a 1958 graduate of J.P. McCaskey High School. Throughout his life he enjoyed traveling and spending time at the beach especially walking the shore line in Cape May, N.J., or relaxing poolside. He loved being with his children and grandchildren.

Services for Don will be private.
To order memorial trees or send flowers to the family in memory of Donald R. "Don" Brown, please visit our flower store.