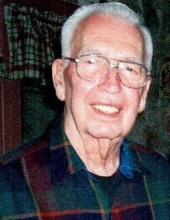 Donald P. “Don” Rutter, 87, a resident of Luther Acres, Lititz died on Tuesday, June 11, 2019 at Luthercare Health Center, Lititz. He was the husband of Jean M. Wright Rutter. They were married 62 years. Don retired from the Engineering Department of Lebanon Veterans Administration Hospital in 1993 following 15 years of employment. In his earlier years he was employed through the Plumbers & Pipefitters Union Locals 341 and 520.

Born in Lancaster, he was the son of the late Martin W. and Jeanette Batten Rutter. Don proudly served in the United States Army during the Korean Conflict. He was stationed in Germany as a Corporal in the 1st Infantry Division and the 18th Infantry Regiment Honor Guard. Don was also a member of the American Legion and the National Active and Retired Federal Employees Association (NARFE).

In keeping with Don’s wishes there will be no formal services. Interment will be private and at the convenience of the family in Salem Hellers Church Cemetery, Leola. Contributions may be made in Don’s memory to Luthercare Caring Fund, 600 East Main Street, Lititz, PA 17543.
To order memorial trees or send flowers to the family in memory of Donald P. Rutter, please visit our flower store.