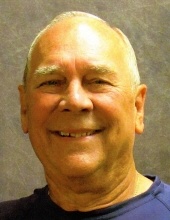 Donald Clarence Hershey, 80, passed away on Sunday, June 20 at Lancaster General Hospital following a brief illness, peacefully with his family by his side.

Don, or “Pappy” as he was more affectionately referred to by his family and friends, graduated from Manheim Central High School where he enjoyed a successful wrestling career with the team that began a historic 141-league match winning streak between 1956 to 1970. During his 4-years as a varsity wrestler, Don was a two-time District Champion, a 2-time Southeast Regional Champion, and was a second and third-place PA state medalist.

Starting in 1961, Don served four years in the United States Navy as a Dental Technician/Corpsman and began his civilian career as a Maintenance Foreman at Raymark Industries in 1965. He retired from his job as Maintenance Foreman for Burnham in 2002.

Don was a caring husband, father, and grandfather who was dedicated to his family, especially his grandchildren, whom he loved and championed beyond measure. As a passionate wrestler and wrestling fan, he spent many years as a Youth Coach for the Hempfield Wrestling Program, supporting his youngest grandson who wrestles with the high school varsity team.

To all who knew and loved him, “Pappy” will always be remembered for his infectious smile, the humor-filled sparkle in his eye, and his big and kind heart. He made a lasting impact on the lives of many and will be missed by all.

He is survived by his wife, Mary Jane (Midge), mother to son Michael and daughters Jill, wife of Michael O’Hearn, and Christine, wife of James LeFevre, all of Lancaster. In addition to his wife and children, he is survived by six grandchildren: Sean and Maggie O’Hearn, Brendan and Reagan LeFevre, and Nicole and Nicholas Hershey. Don is also survived by his brothers Craig and Alan Hershey, both of Manheim. His parents Clarence and Juanita and brothers Lee and Bruce Hershey preceded him in death.