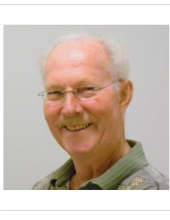 Donald B. Stetter, 82, of Manheim, went home to be with his Lord and Savior surrounded by his family on Monday, May 2, 2016 at the Lancaster General Hospital. Born in Greencastle, he was the son of the late Robert and Carrie Brubaker Stetter. Don was the loving husband of Coralene A. “Corky” Shiflet Weidle Stetter. They would have observed their 26th wedding anniversary this June. Don’s first wife, Dorothy Landis Stetter, died in 1987.

Don received a Bachelor of Science Degree in Secondary Education with a major in Industrial Arts from Millersville University. Don was an industrial arts teacher for the Manheim Central School District for 32 years, serving as department head for many years. He supported the drama productions at Manheim Central through set design, construction, and lighting/sound for stage shows from 1959 through 1990.

Don played basketball for Goshen College and Millersville University. Early in his teaching career he was the boys’ basketball coach for Manheim Central. Don was an active and faithful member of Calvary Church, Lancaster, and served as an usher, choir member, baritone in the Calvarymen Quartet, and enjoyed his Bible study groups.

Don was well known throughout the local area for his passion for woodworking and his fine craftsmanship. His interests included golfing, participating and collecting ribbons at the Senior Games, rooting for the Barons, Phillies and Eagles. Card games with friends, and spending his winter vacations in Florida were treasured times.

In addition to demonstrating extraordinary love to each family member, Don enjoyed meeting new people and reminiscing with former students. During his hospitalizations Don built relationships with each caregiver. Most recently he received exceptional care from the IICU and ICU medical staff at Lancaster General Hospital.

Relatives and friends are respectfully invited to attend Don’s Celebration of Life Service at Calvary Church, 1051 Landis Valley Road, Lancaster, PA 17601 on Saturday, May 7, 2016 at 2:00 PM. Friends may visit with the family at the church on Saturday afternoon from 12:30 PM to 1:30 PM, and also immediately following the service at 3:30 PM. Interment will be private at Mellinger’s Mennonite Cemetery. In lieu of flowers contributions may be sent in Don’s memory to: Calvary Church Missions Fund.
To order memorial trees or send flowers to the family in memory of Donald B. Stetter, please visit our flower store.