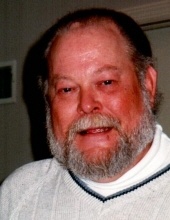 Dennis L. Cassel, 71, of Lititz, died on Monday, March 18, 2019 at Lancaster General Hospital. Born in Elverson, he was the son of the late Walter and Anna Smith Cassel. Dennis was the loving husband of Kathleen M. “Kathy” Donough Cassel. He was a 1966 graduate of Coatesville High School and worked for the former Lukens Steel Company, Coatesville, before retiring from the Lancaster City Housing Authority in 2004. A veteran, he proudly served in the Army during the Vietnam War. In the 70’s and early 80’s Dennis held multiple positions with the Atglen Fire Company. He was a handyman, who enjoyed wood working, riding his motorcycle and fishing, especially at the Delaware Bay. Dennis enjoyed listening to The Statler Brothers, Southern Gospel, and Hank Williams. He had a passion for helping others and was an avid Penn State Lions and Manheim Central Barons fan.

Surviving in addition to his wife Kathy, are three sons, David Michael Cassel of Coatesville, Danny Cassel, of Manheim, Christopher Cassel, of Lititz, a daughter-in-law, Teresa Cassel, of Christiana, four grandchildren, Colin, Skylar, Damian and Adrianne Cassel. Preceding him in death is a son, Dennis Cassel, and a sister.

Relatives and Friends are respectfully invited to attend Dennis’s funeral service at the Buch Funeral Home, 21 Market Square, Manheim, PA, on Wednesday, March 27, 2019 at 12:00 PM. There will be a viewing from 10:00 AM until the time of service. Interment will be at Manheim Fairview Cemetery. Those desiring may send contributions in Dennis’s name to The Children’s Miracle Network, 1249 Cocoa Avenue, Suite 115, Mail Code HS21, P.O. Box 852, Hershey, PA 17033-0852 or to the American Cancer Society, 314 Good Drive, Lancaster, PA 17603.
To order memorial trees or send flowers to the family in memory of Dennis L. Cassel, please visit our flower store.