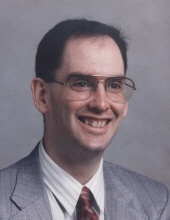 David S. Hann, 55, formerly of Lititz, died on February 5, 2017 in Bonita Springs, Florida at a local hospice unit with his sister Lauren Hann Welch by his side. David was a 1980 graduate of Warwick High School and Moravian College. David recently took a disability retirement from the Pennsylvania Department of Labor and Industry. In the past year he had relocated to Southwest Florida.

Music was an important component if David’s life. He was a dedicated member of the Lititz Moravian Church and enjoyed singing in the church’s choir. David was also a member of several chorus groups, one of which performed at Carnegie Hall. He also had the opportunity to backup Marilyn Horne in a concert. David was thrilled to attend opening night at the Metropolitan Opera.

David enjoyed traveling and embarked on several trips to Europe. During these overseas adventures, he attended many performances in a variety of well-known opera houses, a special highlight attending operas at La Scala.

David is survived by his parents, Elwood and Barbara Hann, sisters, Lauren Welch (Rollie); Jessica Demchak (James) of Coatesville, PA and several nieces and nephews. He was preceded in death by his dear sister, Betsy.

Interment will be held at the convenience of the family in the Lititz Moravian Cemetery.
To order memorial trees or send flowers to the family in memory of David S. Hann, please visit our flower store.