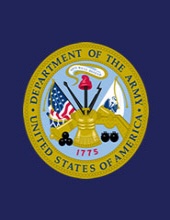 David F. Longer, 95, of Oak Leaf Manor, Landisville and formerly of Lancaster died on Sunday, December 8, 2013 at Lancaster General Hospital. Born in Drumore Township, he was the son of the late Edward F. and Clessie Pollock Longer. He was the husband of the late Dorothy M. Sahm Longer who died in 2012. David retired from R.R. Donnelley Printing Company. He proudly served in the United States Army during WW II with the 338th Infantry Regiment of the 85th Infantry Division and served with the fifth Army overseas against the German Army across North Africa and from South Italy to the Alp Mountains in Northern Italy. David was awarded many medals, bronze stars and a Presidential Unit Citation for helping to capture Mt. Altuzzo, the highest mountain in Italy. This battle was considered one of the toughest battles fought in Europe. David was an avid golfer, tennis player and traveled to twenty two different countries. He was a life member of the Veterans of Foreign Wars.

He was the last of his immediate family. Preceding him in death is a sister, Elizabeth Bleecher and three brothers, Earl, Walter and Alfred Longer.

There will be a public graveside service at Manheim Fairview Cemetery, Sunhill Road, Manheim on Thursday, December 12, 2013 at 2:30 PM.
To order memorial trees or send flowers to the family in memory of David F. Longer, please visit our flower store.