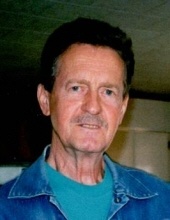 Daniel M. Treadway Sr., 84 of Manheim passed away on Monday, December 28, 2020 at Lancaster General Hospital. Born in Manheim, he was the son of the late Thomas J. and Loretta Kissinger Treadway. He was the husband of the late Joanne Treadway who died in 1992. Daniel retired as a machinist for ITT, Lancaster. He proudly served in the United States Army during the Korean War. His interests included the outdoors, carpentry and animals. He was a private person that loved his family and put others before himself.

Funeral Services are private and at the convenience of the family. Interment in Manheim Fairview Cemetery.
To order memorial trees or send flowers to the family in memory of Daniel M. Treadway Sr., please visit our flower store.