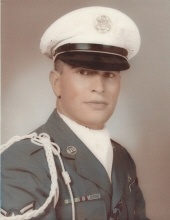 Clement Robert “Bob” Tate, 75, of Elizabethtown, died unexpectedly Tuesday, October 12, 2021 at Moravian Manor, Lititz. He was the loving husband of Patricia A. (Shetter) Tate, and they celebrated 49 years of marriage this past September. Born in Lancaster he was son of the late Robert C. and Rose M. (Zeigler) Tate. Bob was a graduate of Lancaster Catholic High School, class of 1964, and proudly served in the U.S. Air Force during the Vietnam War. After his discharge from the Air Force Bob was a design draftsman for various companies in Lancaster County, and then served as a correctional officer at Lancaster County Prison for 22 years before retiring in 2012. He enjoyed fresh water fishing and archery hunting.

Surviving in addition to his wife Pat is a son Sean M. husband of Alexia Tate, Peekskill, NY; and a grandson Desmond J. Tate. In addition to his parents, he was preceded in death by a sister Margaret Tate.

Relatives and friends are respectfully invited to attend his Mass of Christian Burial at St. Peter Catholic Church, 904 Mill Road, Elizabethtown, on Friday October 22, 2021 at 11:00 AM. There will be a time of viewing and visitation with the family on Friday at the Church from 10:00 until the time of the service. Final commendation and farewell will be private.
To order memorial trees or send flowers to the family in memory of Clement Robert "Bob" Tate, please visit our flower store.