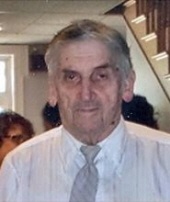 Clarence E. Swope, 83, of Manheim died peacefully at home surrounded by his family on Tuesday, April 26, 2011. Born in Elizabethtown, he was the son of the late Jacob and Mabel Sipling Swope. A life-long farmer, Clarence was owner and operator of his own farm. He was the loving husband of Geraldine Hoffer Swope and they would have celebrated their 60th wedding anniversary in June of this year. Clarence was a member of the Chiques Church of The Brethren, Manheim. He enjoyed wood-working and restoring furniture and cabinets. His family considered him the ultimate handyman-inventor-tinkerer because of his innate ability to fix or create anything mechanical. Surviving in addition to his wife are three daughters: Sharon J. Swope, Shirley J. wife of John R. Gallagher all of Manheim, Shannon J. wife of Steven L. Stauffer of Ephrata, three sons: Gerald E. Swope of Elizabethtown, Garry L. Swope fianc" of Sheri Ferrari of Manheim, Shawn L. husband of Mary E. Swope of Manheim, ten grandchildren, three great grandchildren, and a brother, M. Richard husband of Esther Swope of Elizabethtown. Preceding him in death is a daughter, Kathy J. Swope, a granddaughter, Danielle, two brothers and three sisters. Private funeral services will be held at the convenience of the family. Interment will be in Chiques Church of The Brethren Cemetery, Rapho Township. Please omit flowers.
To order memorial trees or send flowers to the family in memory of Clarence E. Swope, please visit our flower store.

Funeral service will be private and at the convenience of the family.