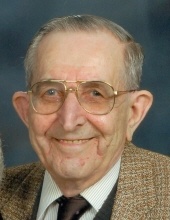 Charles D. “Don” Hoffer, 85, of East Petersburg, passed away on Saturday, May 21, 2016 at the Lebanon VA Medical Center. Born in Manheim, he was the son of the late Robert M. and Annie B. Sheaffer Hoffer. He was the loving husband of Geraldine M. “Gerry” Hoffer and they would have celebrated their 60th wedding anniversary on Friday. Retired in 1996, Don worked for Snavely & Dosch, Lancaster. He proudly served in the United States Army during the Korean War. Don was a member of Zion Evangelical Lutheran Church, East Petersburg, Manheim VFW Post 5956 and the Lancaster County Fireman’s Association.

Surviving in addition to his wife is a son, James Hoffer companion of Beth Mullen of Manheim, a daughter, Carol wife of David Wilson of New Cumberland, three grandchildren, Seth Wilson, Courtney and Nathan Hoffer. He was preceded in death by a sister, Marian Y, Thacker and four brothers, Wilbur E., Clarence F., Robert R. and William F. Hoffer.

Relatives and friends are respectfully invited to attend his funeral service at Zion Evangelical Lutheran Church, 1905 Broad Street, East Petersburg on Thursday, May 26, 2016 at 11:00 AM. There will be a public viewing from 10:00 AM until the time of service. Interment in East Petersburg Mennonite Cemetery.