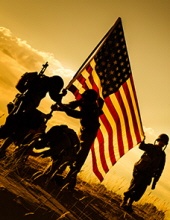 Bernard W. “Bernie” Wetzel, died peacefully on March 24, 2022 at his residence with his family by his side. He was the loving husband of Patsy A. (Parker) and they celebrated 49 years of marriage in October 2021. Born in Port Jervis, NY, he was the son of the late Robert and Emma (Storms) Wetzel. Bernie was a heavy equipment operator for Riverdale Quarry, Riverdale NJ before retiring in 2007. He was a graduate of Sussex High School, Sussex, NJ, and proudly served in the U.S. Army. He was a member of Mt. Hope United Christian Church, Manheim. He enjoyed fishing, but greatly enjoyed spending time with his grandchildren.

Relatives and friends are respectfully invited to attend his funeral service at the Buch Funeral Home, 21 Market Square, Manheim, on Tuesday, March 29, 2022 at 11:00 AM. There will be a public viewing prior to the service at the funeral home 10:00 – 11:00 AM.

To order memorial trees or send flowers to the family in memory of Bernard W. "Bernie" Wetzel, please visit our flower store.