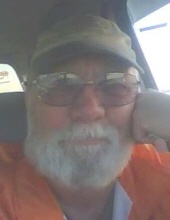 Barry L. Barto, 65, of Manheim, died peacefully surrounded by his family following a 21 month battle with cancer on Friday, August 28, 2015 at Hospice and Community Care, Mount Joy. Born in Lancaster, he was the son of the late Paul Barto and Florence Robinson Barto Schroll, and the step son of the late Asher Schroll. For the past five years he worked as a crossing guard for Manheim Borough helping with traffic control for students and parents in the Manheim Central School District. Previously, he was employed for ten years for the PA Department of Transportation. Barry was the loving husband of Barbara Hollinger Barto and they observed their 35th wedding anniversary in March of this year. He was a member of Ruhl’s United Methodist Church, Manheim; and was a 1969 graduate of Donegal High School. Barry’s interests included: camping, watching WWE Wrestling, and rooting for his favorite teams the Eagles and Phillies.

The Barto family would like to express their appreciation to Hospice and Community Care Staff for the excellent and loving personal care that was provided to Barry in their home and at the Hospice Inpatient Care Facility.

Surviving in addition to his wife Barbara is a son Steve L. Barto of Lititz, a daughter, Jennifer A. Barto of Mount Joy, and a brother, Kenneth H. husband of Virginia Barto of Columbia.

Relatives and friends are respectfully invited to attend Barry’s funeral service at the Buch Funeral Home, 21 Market Square, Manheim, on Tuesday, September 1, 2015 at 11:00 AM. There will be a viewing at the funeral home on Tuesday morning from 10:00 AM until the time of the service. Interment will be in Chiques Brethren Cemetery, Rapho Township. Please omit flowers. Those desiring may send contributions in Barry’s memory to Hospice and Community Care, P. O. Box 4125, Lancaster, PA 17604-4125.
To order memorial trees or send flowers to the family in memory of Barry L. Barto, please visit our flower store.