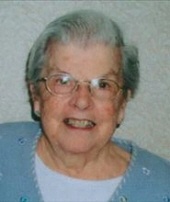 Anna Mae Stoner, 89, formerly of Elizabethtown Road, Manheim went home to be with her Lord on Tuesday, February 28, 2012 at the Pleasant View Retirement Community Manheim. Born in Penn Township, she was the daughter of the late Zeno and Fannie Paul Miller. Anna Mae was the loving wife of the late Wilbur K. Stoner who died in December of 1985. Anna Mae retired in 1985 from the former Donegal Industries Inc. Mount Joy; previously she worked for the former Noggles Garment Factory in Manheim. In her early years Anna Mae helped her husband on their family farm in Rapho Township. Following retirement she helped in the family flower shop, Lebanon Valley Flowers in Lebanon. She was a member of Ruhl's United Methodist Church Manheim. Her other memberships included: the Lititz Springs Chapter 499, Order of the Eastern Star and the Mastersonville Fire Company Auxiliary. Anna Mae's interests includes: needle work, gardening, jigsaw puzzles, traveling to the family cabin in the mountains, and growing African violets. Anna Mae's life-long passion was her family, and she was affectionately called "G.G." by her grandchildren and great grandchildren where she spent a great deal of her life being involved with all of their activities. Surviving are two sons, Richard E. husband of Beverly Ecenrode Stoner of Elizabethtown, Larry V. Stoner of Manheim, a daughter, N. Rita wife of Sheldon Murr of Manheim, four grandchildren: Barb, Brian, Crystal, Tracy, six great grandchildren: Ryan, Justin, Monica, Samantha, Hayley, Alyssa, and a brother, Jay Miller of Manheim. Preceding her in death is a daughter-in-law, Elaine Keller Stoner, a sister, Ruth Elmire, and three brothers, Robert, Lester, and Ivan Paul Miller. Relatives and friends are respectfully invited to attend her funeral service at the Ruhl's United Methodist Church 410 Elizabethtown Road, Manheim on Friday, March 2, 2012 at 10:30 AM. Interment will be in the adjoining church cemetery. There will be a viewing at the church on Friday morning from 9:30 AM until the time of the service. Those desiring may send contributions in Ann Mae's memory to the Pleasant View Retirement Community Benevolent Care Endowment Fund 544 North Penryn Road, Manheim, PA 17545.
To order memorial trees or send flowers to the family in memory of Anna Mae Stoner, please visit our flower store.