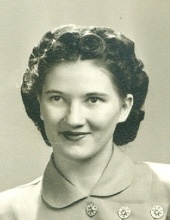 Anna J. Parson Timmins Brandt, 82, of Manheim, died peacefully on Tuesday, July 1, 2014 at Hospice & Community Care, Mount Joy. Born in Lebanon County, she was the daughter of the late Hoyt L. and Hilda Holstein Parson. Anna was the wife of the late Allen S. Brandt who died in September 2007, and her first husband James M. Timmins who died in 1971. Anna and her husband owned and operated the former Wooden Shoe Restaurant located on Pinch Road, Manheim; she was also employed at Raymark Industries, and Weis Markets, Manheim. She was a member of Mount Joy Church of God; and a life member of the Manheim VFW Ladies Auxiliary. Anna enjoyed cooking and baking.

Relatives and friends are respectfully invited to attend her funeral service at the Buch Funeral Home, 21 Market Square, Manheim, on Tuesday, July 8, 2014 at 11:00 AM. Interment will be private and at the convenience of the family in Hernley Mennonite Cemetery. There will be a viewing at the funeral home on Tuesday morning from 10:00 AM until the time of the service.

In lieu of flowers, memorial contributions in Anna’s memory can be made to Hospice and Community Care, P.O. Box 4125, Lancaster, PA 17604-4125.
To order memorial trees or send flowers to the family in memory of Anna J. Timmins Brandt, please visit our flower store.