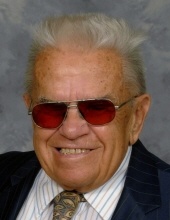 Alvin H. Brubaker, 89 of Lancaster peacefully went home to be with his Savior and Lord on March 23, 2016 at Lancashire Hall. Born in Rapho Township, he was the son of the late J. Earl Brubaker and Anna (Kneisley) Brubaker.

After working on the family farm, he was employed by Classic Photo in the dark room in Allentown, PA for 22 years. He retired in Bradenton, FL. Then in 2008 he returned to Lancaster County and lived at Fairview Meadows in Brethren Village, Lititz.

He was a member of the Lititz Church of the Brethren and a camp counselor for junior and senior high camps in Florida, Indiana, Maryland and Pennsylvania until the age of 80. Alvin was a former member of the Manheim Township and the Bradenton Lions Club where he was the 2001 Lion of the Year. He received the Melvin Jones Fellowship award from the Lions Club International. Also while in Bradenton he was a troop leader for Boy Scouts of America, actively involved in the Big Brother/Sister program and a bell ringer for the Salvation Army.

A service celebrating his life will be held at the Lititz Church of the Brethren, 300 West Orange Street in Lititz on Sunday April 3 at 2:00 pm. Contributions in his memory may be sent to The Pathfinders Sunday School Class at the Lititz Church of the Brethren.
To order memorial trees or send flowers to the family in memory of Alvin H. Brubaker, please visit our flower store.