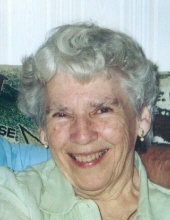 Alice G. Malehorn, 84 of Mount Joy, died peacefully, Saturday, September 26, 2015 at Conestoga View Nursing and Rehabilitation Center, Lancaster. She was the widow of the Dalvin B. Malehorn who died in 2003. Born in Columbia, she was the daughter of the late William and Catherine (Gantz) Zipp. Alice was a graduate of Columbia High School class of 1949, and was a homemaker most of her life. She enjoyed collecting dolls, reading, playing pinochle, her cat “Boots”, and spending time with family and friends.

Surviving is a daughter Cynthia wife of Michael Wolfe; a son Steven A. Malehorn, both of Mount Joy, five grandchildren John, Jason, Angela, Matthew, and Lori; five great-grandchildren, Anita, Colin, Katy, Maureen, and McKenzie; and a brother William husband of Bonnie Zipp of York. In addition to her husband and parents she was preceded in death by a brother James Zipp and a sister Clara Cunrod.

Relatives and friends are respectfully invited to attend her memorial service at the Buch Funeral Home, 21 W. Main St. Mount Joy, on Friday October 2, 2015 at 2:00 P.M. There will be a time of visitation with the family from 1:00 P.M. until the time of the service.

In lieu of flowers, contributions in Alice’s memory may be sent to the Alzheimer’s Association, 3544 N. Progress Ave., Suite 205, Harrisburg PA 17110.
To order memorial trees or send flowers to the family in memory of Alice G. Malehorn, please visit our flower store.